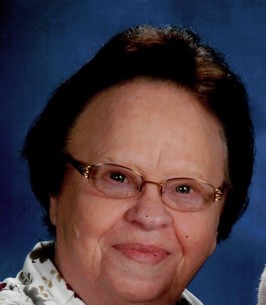 Virginia Irene Curtiss- age 85 of Farwell, passed away on March 31,2022 at her home surrounded by her loving family. Virginia was born on January 26, 1937, to parents Charles and Iris (Green) Brown in Farwell, Michigan. She attended Farwell Schools, graduating in 1955. Virginia married who would be the love of her life for 66 years, Richard Curtiss in Clare. Together they raised two sons and two daughters. She worked as a secretary for Schofield Insurance in Farwell. She was a faithful member of the Farwell United Methodist Church and could always be counted on to provide baked goods for UMW functions. She adored her family and loved making her home a happy, welcoming place for her grandchildren. She could be seen often, walking with Richard in their neighborhood; in fact, you would always see her walking hand in hand with Richard. Virginia often remarked after her eyesight began to fail, that Richard was her eyes. Whenever possible she enjoyed attending her grandchildren’s sporting events. Virginia is survived by her husband Richard, her children Richard Curtiss, Jr. and Lisa Young of Kokomo, IN, David Curtiss and wife Sherry of Manistee, Roxanne Curtiss of Midland, Donna Richmond of Clare, eighteen grandchildren, twenty great-grandchildren, two brothers; Tom Brown and wife Diane of Swartz Creek, Michael Brown and wife Tina and sister Lillian Blain of Farwell. She was preceded in death by her parents two, two sisters: Gladys Courter and Debra Williams, and two grandchildren: Jason Curtiss and Abigail Curtiss. A funeral service is planned for Monday, April 4th, 2022, at 11AM at the Campbell Stocking Funeral Home in Farwell. Pastor Ray Francis will officiate. Family and friends may visit from 10AM until the time of service at 11AM. She will be laid to rest in Surrey Township Cemetery. Virginia’s family is asking for Memorial Considerations to Farwell United Methodist Church and Mid-Michigan Home Care and Hospice. Envelopes will be made available at the funeral home. Memories and condolences may be shared online at www.campbellstocking.com.