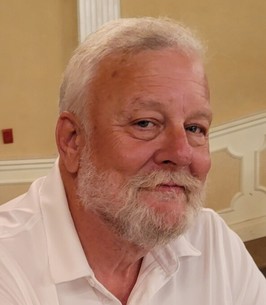 Rickie Lee Bielicki Sr, 67 of Farwell Michigan, rode on to new adventures on July 9, 2021. Rick was born December 13,1953 to Hank and Joyce (Murphy) Bielicki in Detroit Michigan. After enlisting in The United States Army in 1971, he worked as a helicopter mechanic, then he re-enlisted and served as Military police until his Honorable Discharge in 1976. Rick married his beloved wife Bonnie Alice Bielicki (Clarke) on December 30, 1972. Together they raised three children traveling with the Army until moving back to Michigan and eventually residing in Farwell Michigan. After the Army, Rick went on to drive his big rig around the country. He and Bonnie would greatly enjoy the times that they were able to travel together, and Bonnie was comforted that Rick was eating more than hotdogs and bologna. Rick remained a dedicated and proud truck driver, until the very last day and was nearing his 3 million miles accident-free milestone. He was a hardworking, rough and gruff teddy bear with a big heart. Rick would enjoy time with family when he was not on the road. Fishing at the lake, hunting, and riding his Harley. His sneaky pranks and sarcastic jokes will truly be missed. Rick will live on in the hearts of his children Kimberly Higgins of Lake George, Rickie (Jesy) Bielicki Jr of Mount Pleasant, Vicki (Michael) Marshall of Farwell, grandchildren Amber, Tyler, Jordan, Jacob, Shawn-Michael, Morgan, Allison, Alisha, Ali and Zoie, Great Grandchildren Lincoln, Joseph, Keean, E.J, Brother John (Bonnie) Bielicki, sister Debbie (Robert) Alapert, and many more friends and family. Rick is reunited with the love of his life Bonnie, granddaughter Monica, Great Grandson Oliver, and sister Kathy Sayles. A funeral service is planned for Thursday, July 15th,2021 at the Campbell Stocking Funeral Home in Farwell, at 6PM. Dr. Wally Hostetter of Mt. Pleasant Community Church will officiate. The family will receive friends on Thursday July 15, 2021 from 12pm until the time of service at 6PM. Memories and condolences may be share online at www.CampbellStocking.com. Graveside services will be held at a later date.