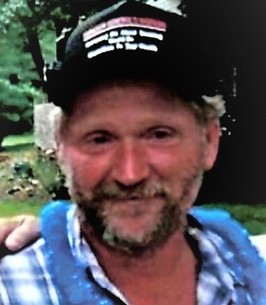 Michael (Mike) John Rodgers, Sr. was born in Owosso, Michigan on June 8, 1960, to John and Doris Rodgers. He went to school in Saranac, Michigan and was raised with three brothers, Jim, Jerry, and Danny. Mike began working at Atwood in Lowell, MI where he met his future wife, Mary Brown. True to both of their lighthearted natures, Mike met Mary while she ran around with underwear on her head! Mike and Mary were married on October 6, 1979. They had their first child, Michael John Rodgers, Jr., only a few months later. Mike, Jr. was born on December 3, 1979, and was followed by a second son, Karl James Rodgers on August 4, 1981, and a daughter, Dodie Ann Rodgers on October 1, 1984. Mike and Mary moved to Farwell, Michigan in 1984 and Mike began his 20-year career as a long-haul truck driver. He was later disabled due to a heart condition. Mike succumbed to this heart condition and passed away on November 22, 2021. He is preceded in death by his parents. Mike is survived by his wife of 43 years, Mary Rodgers; his children, Mike Rodgers, Jr. (Katie) of Mt. Pleasant, Karl Rodgers (Chris) of Lansing, and Dodie Reger (Adam) of Coleman; and five grandchildren, Michael Rodgers III, Grayson Rodgers, William Coe, Matthew Rodgers, and Shirley Reger. Mike is also survived by his brothers and many cousins, nieces, and nephews. Mike was an amazing husband, father, and grandpa. He cared deeply for his family. He liked to talk… a lot. He could start a conversation with just about anyone and those conversations often ended in a new friendship. He was famous for stories about deer wrestling, for giving turn-by-turn directions to just about anywhere in the Nation (forget your GPS), for advice on how to properly play the penny slots, and for his love of MSU. Mike loved to be outside. He enjoyed working in the yard and was a skilled woodworker. He was always the first to lend a hand to anyone that needed help. Although he will be greatly missed, Mike’s legacy will live on through his children and grandchildren, to whom he taught the importance of family, hard work, respect for others, and enjoying life. A funeral service is planned for Tuesday, November 30th at 10AM at the Campbell Stocking Funeral Home in Farwell. Pastor Tim Fall will officiate. Family and friends may visit on Monday the 29th from 4 until 8PM. Memories and condolences may be shared online at www.CampbellStocking.com