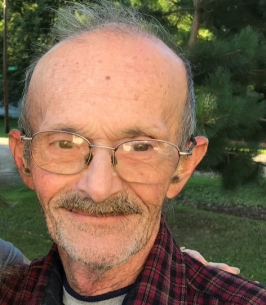 Gordon Ralph Brettingham – Age 83 of Weidman, went home to be with his Heavenly Father on Friday, March 4, 2022, surrounded by his loving family. Gordon was born in Hamtramck, MI on August 25, 1938, to parents Ralph Lowell and Matilda Marie (Shepard) Brettingham, one of nine children. After high school, Gordon joined the US Army and proudly served his country, going so far as to enlist a second time, following his first honorable discharge. He worked as a CNC operator for most of his civilian career. He was a very hard worker, he shoveled snow and raked leaves, even at 83 years old. He enjoyed woodworking and built many things including toy boxes, benches, his kitchen cabinets and so much more. He had a very sharp mind and loved to tinker. He could often be found writing in his notebook or reading his bible. Most important to him was his family. He helped raise four of his grandchildren, and in his old age, was still able to get down to play with his great granddaughter, Remi. He had an especially close bond with his granddaughter, Katelynn, one whom he’d helped to raise. In most recent years, she cared for him, cooking him meals and taking him everywhere. They were inseparable from the time Katie was a small baby.
Gordon is survived by his children, Terry Brettingham, Coleen Curry (Walt Brown), Linda Rogers, and Pamela Brettingham, grandchildren Nichole (Charles), Alyssa, Katelynn, Walter, Travis, Ryan, Derek, Justin, Steven, Ethan, Kendra and Amber, and 23 great grandchildren, brothers Frank Brettingham and Richard Brettingham, and sisters Velma (Kenneth) Prokop, Diane (Carl) Brown, Margaret Cowles, and Cheryle.
He was preceded in death by his father, Ralph Brettingham, mother, Matilda, and stepfather, Kenneth Cowles, a brother, James, and a sister, Judy.
According to his wishes, a cremation has taken place. A Celebration of Life Service is scheduled on Sunday, March 20, 2022, at 2:00 PM at the Rod and Gun Club in Lake, MI. Please share your memories and condolences with Gordon’s family online at www.CampbellStocking.com. Arrangements have been entrusted to Campbell Stocking Funeral Home, Farwell, MI.