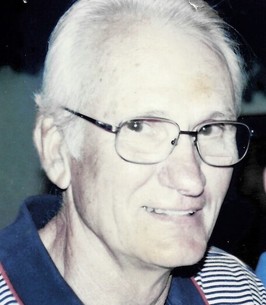 George Edward Long, Jr. – Age 82 of Lake, MI passed away at MyMichigan Medical Center in Clare on Monday, March 21, 2022. George was born to parents George Edward and Pearline Mae (Breeze) Long on November 22, 1939, in Pontiac, MI. After graduating high school, he joined and served his county honorably in the US Navy. George was united in marriage to the love of his life, Harriet Sue Grzyb on August 6, 1988, in a beautiful breezy-day backyard ceremony at her parent’s home in Fostoria on the family’s pond, that her father proudly dubbed ‘Dream Lake’. George was an artist in many ways. He dabbled in custom art framework, contemporary modern wooden sculptures, and eventually built an art gallery across the road from their home when he knew his ailment with Parkinson’s was progressing, so that he could keep his mind sharp. He was very creative, an inventor. He was also a very handy go-to guy and could repair just about anything. He was well liked as he had a great sense of humor, was a very generous, caring, loving man. He was also very social, an outlandish storyteller. He loved hunting deer and elk, fishing, golfing, and raced DN iceboats for many years.
George is survived by his loving wife, Harriet, sons George Edward (Nancy) Long III of West Bloomfield, MI and Robert (Marlene) Long of Bloomfield Hills, MI, grandchildren Brenda (Dean), Madelyn, Julia and Avery, sister Gloria Bray of FL, and sister-in-law Deborah Long of Waterford, MI.
He was preceded in death by his parents, George and Pearline, brothers Douglas and John, and a sister Sandra Willis.
A private family only service will be held when George is laid to rest in Watertown Cemetery. Please share your memories and condolences with George’s family online at www.CampbellStocking.com. Arrangements have been entrusted to Campbell Stocking Funeral Home, Farwell, MI.