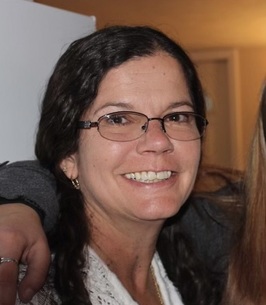 Donna Rae Heiden – Age 61 of Farwell passed away unexpectedly at her home on Monday, August 1, 2022. Donna was born to parents Donald and Maybell (“Sally” Molesworth) Bradshaw in Lexington, MI on August 27, 1960. Upon graduating high school, Donna pursued a career as a librarian for the University of Michigan. She was blessed with four beautiful daughters who were her pride and joy. She married Brian Lee Heiden on March 7, 2004 at the courthouse in Las Vegas, NV. Donna was an avid reader, she enjoyed puzzles, was a lover of dogs, fishing and birdwatching, and became quite the nature photographer. She played in pool leagues for many of her younger years, and after her retirement, she and Brian became snowbirds, traveling to Florida in the winter months, where she spent much of her time on the beaches searching for shark’s teeth in the ocean. Above all, Donna loved spending time with her grandchildren.
She is survived by her beloved husband, Brian Heiden, daughters Talea TenHave, Jennifer TenHave (Nick), Monica TenHave (Jon), Danielle TenHave (Matt), grandchildren Trevor, Brantley, Kinsley, as well as twin boys on the way, a brother Donald (Melissa) Bradshaw, and sisters Vickie Bradshaw, Margie (Rod) Erickson, Sally (Vince) Barnett, and Toni (Lon) Jackson, as well as many other nieces, nephews and extended family and friends.
She was preceded in death by her parents, Donald and Sally, a grandson, Tyler, nephews Rodney Erickson and Eric Dennison, and a sister-in-law, Brenda Flaugher.
According to the family’s wishes, a cremation has taken place. A Celebration of Life service will be held at the Clare – Farwell Moose Lodge beginning at 3PM on Saturday, August 20, 2022. Please share your memories and condolences with Donna’s family online at www.Campbell-fh.com. Arrangements have been entrusted to Campbell Funeral Home & Cremation Services, Farwell, MI.