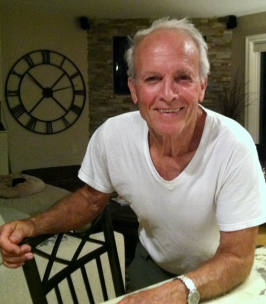 Bernard Leroy (Bernie) Sparta – age 87 of Farwell passed away at home, surrounded by family, on July 18, 2022.
Bernie was born September 28, 1934, the youngest of five children, to Joseph and Ruth (Brooks) Sparta also of Farwell. After high school graduation and a year of undergraduate studies, he served honorably in the United States Army. Bernie married the love of his life, Cecile (Abbott) Sparta on June 8, 1963.
Bernie had a long and successful career in pharmaceutical sales, receiving several awards, including the presidential award, honoring his leadership. Bernie was known to be a generous mentor to his colleagues who, to this day, hold him in the highest regard. After retirement, Bernie and Cecile fulfilled their lifelong plans of returning to Farwell to build their dream home on the property where Bernie grew up, located on the Tobacco River. Bernie continued to be active in retirement focusing on being outdoors and working hard to maintain his home and property.
A humble and modest man, Bernie was respected and loved by all who knew him. His character was shaped by selflessness, strength, courage, kindness and a gentle spirit. He was quick to smile and affirm the strength of others.
Bernie had a life-long love for animals and his loyalty and love were returned by his beautiful brindle pug, Sophie-Gumdrop. He was a light in the world and will be deeply missed.
Bernie is survived by his wife of fifty-nine years, Cecile, daughters Susan Sparta (Maureen McCrone), Nancy Sparta (Andrea Goodwin), son James Sparta, beloved “adopted daughter” Sabrina Aspesi, brother-in-law John Abbott, many nieces, nephews and special friends.
A service to celebrate Bernie’s life will be held on Friday, July 29 at 1:00 pm at Campbell Funeral Home in Farwell, officiated by Steven VanWagoner. Visitation will be held from 12:00 pm until the time of service at 1:00 pm. In lieu of flowers, donations may be made to S.A.F.E. (Save Animals From Euthanasia) of Clare County by visiting their petfinder page and following the PayPal link, or to Disabled American Veterans. Envelopes for both will be provided at the funeral home. Please share your memories and condolences with Bernie’s family online at www.Campbell-fh.com. Arrangements have been entrusted to Campbell Funeral Home & Cremation Services, Farwell, MI.